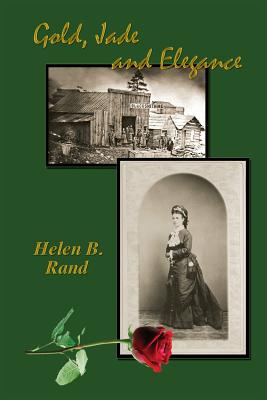 Helen B. Rand's "Gold, Jade and Elegance," first published in 1974, is a gem of a local history book and a favorite that has been out of print for a decade. This welcome second edition, with bright, illustrative old photos, rightly deserves to once again grace bookstore and home library shelves. Rand's three major themes are announced in the title: the discovery of GOLD in 1861 was mainly responsible for the economic success of the region in the late 19th and early 20th centuries; JADE symbolized the Chinese contribution to that success; and ELEGANCE was on display at the turn of the 20th century in prosperous Baker City, the "Queen of the Inland Empire." Rand was uniquely qualified to write about Baker and Grant county history due to her and her husband's pioneer lineage (see inside "About the Author"). Available to her were contemporary accounts written by her and her husband's grandparents. She quotes extensively from William Packwood's account of his dealings with the Chinese company he hired to help build the Sparta Ditch. He was proud that the Chinese trusted his word that the company would get paid when water started running. Rand tells of Johanna Packwood's hard, lonely frontier life running Olds' Ferry at Farewell Bend fifty miles from the nearest town. But it was an extremely profitable business collecting fees from Oregon Trail wagon trains of up to $1,000 per day. Rand also had Emeline Hazeltine's story of a man named Cincinnatus Heine Miller dashing past her on a stolen horse, while she was living in Northern California. Several years later the same man showed up as the accomplished poet Joachim Miller in Canyon City, Emeline's new permanent residence. Rand describes the social life of Baker City in its heyday: the white-gloved Black waiters at the Warshauer (later Geiser Grand) Hotel; the Baker City Opera hosting top-notch theater companies; and card parties in private homes with a dozen or more tables playing whist for prizes, followed by musical entertainment, and topped off with a late supper that ended as late as 1 a.m. Other topics Rand touches on: Chinese New Year's celebrations in Chinatown; origin of the library culminating in a new Carnegie Library building; cinders in the eye from riding on the Sumpter Valley Railway from Baker to Prairie City. And much, much more. - Gary Dielman, Baker City Historian.